In the colors of the blue and white emblematic buildings all over the world !!! 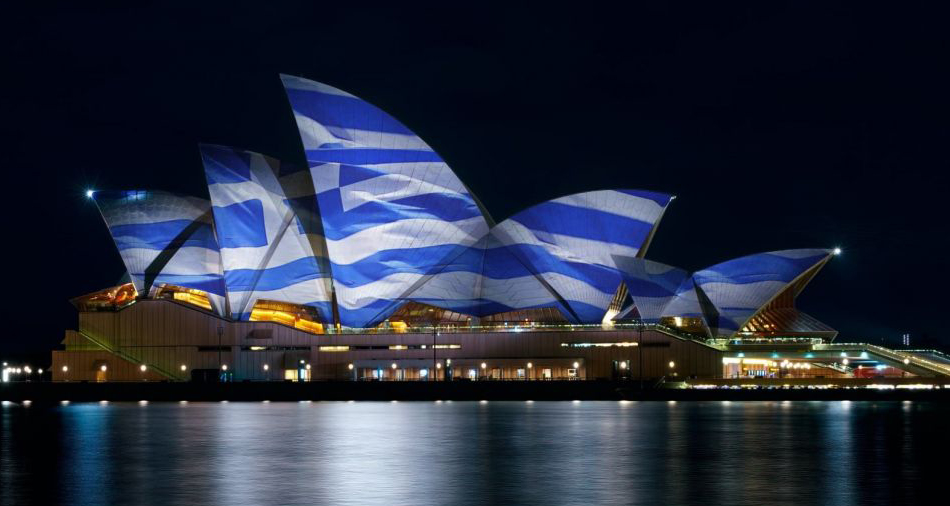 Which countries responded warmly to the idea, which ones discreetly refused and those that “showed a door” to Athens’ call for participation in the celebration of the 200th anniversary of the Greek Revolution

“After appropriate relevant suggestions of a number of our Authorities and then instructions of the Minister, please, as part of the celebration of the 200 years of the Greek Revolution, if the local conditions allow and there is the appropriate infrastructure, investigate with the relevant authorities Principles the possibility of lighting an important monument / building in your area with the Greek flag or the Greek colors, on March 25, with the aim of promoting the emblematic anniversary in this way “. Thus begins the urgent note of the Secretary General of the Ministry of Foreign Affairs, Themistoklis Demiris , on the lighting of emblematic buildings around the world on March 25 , in the context of the celebration of the Greek Revolution .

This is an arrest of the Secretary General himself, who is an experienced and distinguished diplomat. Themos for his friends, collaborated with the minister and indeed a well-coordinated operation was launched. Demonstrating reflexes that in some cases went beyond the well-known bureaucratic perception, embassies and consulates were invited to participate. “On the one hand, the various events should be properly prepared from a technical point of view, so that they can be carried out in an even, imaginative and creative way.”

In turn, Greek ambassadors to every corner of the globe mobilized. They contacted the local authorities, expressing the desire and noble request of Athens to display the anniversary of the greatest importance for Greece. The rationale behind this extroversion is that this anniversary does not only concern the Greeks. This struggle marked the first liberation movement for national independence. “The world is Greece that is expanding. Greece is the world that is shrinking ”

, wrote Victor Hugo , expressing the source solidarity movement that manifested itself in support of the Greek Revolution .
ezgif_com-gif-maker-2

The philhellenic current that developed in many European countries and in America, before and during the Revolution of 1821, offered significant help to the Greek struggle. The lighting of emblematic buildings and the presence of the Greek flag or its colors in every corner of the globe is, therefore, a reminder of that struggle, but also of the philhellenic “fever”. A global celebration, then, for the founding of the first independent state in the Balkans, which became possible, not only because of the great sacrifices of the Greek people but, in part, and the pressure exerted by the Hellenic current on the Great Powers of the time.

As always, some ambassadors exaggerated themselves. They addressed the political and municipal authorities, in the public, but also in the private sector. They were not discouraged by the no they received. On the contrary, they persisted and found imaginative solutions. Others barely carried out the Central Service order, leaving Athens in the dark for positive or negative results. However, there were countries that responded warmly . Instead, did others choose to offer the least? Others discreetly refused and others who “showed a door” to the appeal of Athens, adopting, in fact, a crude language that was far from diplomatic.

Poland agreed to illuminate Warsaw ‘s iconic building . The Greek ambassador there, Michael Efstratios Daratzikis , informed the Ministry of Foreign Affairs that ” I submitted an idea for lighting a load of History and symbolism of the Presidential Palace (facade)”. He goes on to inform, in fact, that an official of the presidency, asked to learn a central slogan, the message of the Greek Revolution. The ambassador proposed the slogan “for our and your freedom” . This was said by the Polish doctor Alexander Kuzans , who came to Greece and took part in the Revolution of 1821.

Canada is one of the countries that responded, rushing to honor Greece and the Greek community living there. The blue and white flag is waving in Vancouver City Hall . The City Hall has raised not one, not two, but 56 flags for the historic anniversary. Despite the restrictions imposed by the pandemic, this year the expatriates will gather with their cars in the church of Agios Nikolaos and Agios Dimitrios . That is where this original parade will begin. Australia also belongs to the ardent supporters of Greece.

The famous Sydney Opera House will be illuminated with the colors of the Greek flag to honor the anniversary in this way. The announcement was made by the Prime Minister of the State of New South Wales . Both the expatriate Senator Sophie Kotsi and the Greek community contributed decisively to this decision .
769418_874951edd8-84fb6f07a347fe92

A campaign is also taking place in the USA . San Francisco and Boston are among the participating cities. The City Hall of San Francisco will be illuminated with the colors of the Greek flag from March 19 to 25, while the flag will be raised. The consulate there and the United Hellenic American Societies in California joined forces. Its president Tassos Zografos stated that ” Greeks and philhellenes from all over the world continue to stand united in favor of freedom and democracy.” Other public buildings are also expected to be illuminated. Under the auspices of the Greek Embassy in Washington, the educational organization College Year in Athens and the Consulate General of Greece in Boston co-organized an online event, entitled “Greece of 1821 and America. Message of freedom “. An eminent historian analyzed the sources and manifestations of the American philhellenic movement.

In Belgium, to Manneken Pis, Evzonas will be “dressed”. The famous statuette of Brussels will be transformed into a special ceremony that will take place in the presence of the Greek ambassador there, Dionysios Kalavbrezos. Bad language, however, speaks of “many words and few works,” as neither flag-raising nor enlightenment was achieved.

Ireland will also respond to the Greek request . The relations between the two countries are very good and one should not forget that a few days earlier, the Panathinaiko Stadium was illuminated in green , thus participating in the celebration of St. Patrick ‘s Day . Last year, the Hadrian ‘s Gate was dressed in green . In Romania , Ambassador Grammata visited the Alexandru Ioan Cuza University , where the Department of Modern Greek Studies operates. The University building will be illuminated with the Greek flag during the national holiday of Greece. In Latvia, yes, a building will be illuminated, but not on March 25, but on March 23! In Finland , the historic building, which is the seat of the Prime Minister and is located in the central square of Helsinki , was illuminated .

But there were also countries that did not want to participate in the celebrations. Some were elegant in their denial and others provocative, as mentioned above. The case of Denmark is indicative . At the request of Ambassador Nikolaos Kotrokoi , the answer was grossly negative. Despite the fact that Mr Kotrokois sent a number of proposals, Parliament’s Secretariat-General rejected them all. In particular, he replied that Parliament raises foreign flags only during visits by foreign leaders.

He also refused to illuminate the building, arguing that “we simply do not have that kind of tradition . ” It is striking that the Danish side refused to participate in any of the proposed events, on the grounds that “there is not enough time”. He even described the 200-year-old anniversary as a “political event he does not deal with”. The Greek ambassador did not give up. He prepared a videotaped message for the Danish journalists and the other embassies in Copenhagen. He tried to collaborate with the Hellenic Institute of Denmark, but also to create a video with children of Greek neo-immigrants. The Danish palaces did not even respond. Finally, she turned to the Union of Industries, which was the only one to accept the lighting of its building, which is located in a central part of the city.

The Swedish ambassador did not show a similar mood . The Swedish side flatly rejected the Greek proposal. The Greek ambassador in Stockholm , Andreas Fryganas , in fact, did not even inform the Ministry of Foreign Affairs, with the excuse that since the answer was negative, he was not instructed to inform the Central Service!

The Netherlands did not respond to the request to celebrate the Greek anniversary, illuminating an emblematic building, but forcibly agreed to place the Greek flag on a hill. The strangest answer came from Spain . Despite the ambitious efforts of the Greek ambassador there, the response of both the government and the municipality reminded Scrooge: “If you want something to be illuminated, pay for the electricity”! Italy , however, also responded to the Greek embassy in Rome has already made the relevant arrangements. The misery shown by partners and allies in such an issue may not overshadow the significance of the anniversary, but it does show something, as such honorary acts take place in every corner of the globe. That is why Greek diplomacy must not simply skip the answers.

As is required in international relations, those who have actually offended Greece should find it in front of them. How; In matters of interest to them, Athens must at least show caution, if not denial, in order to send them the message that such behaviors are not without cost . There are plenty of opportunities in both the EU and NATO.
https://www.protothema.gr/

Cultural ambassador of Keller Williams in Greece in 2021! 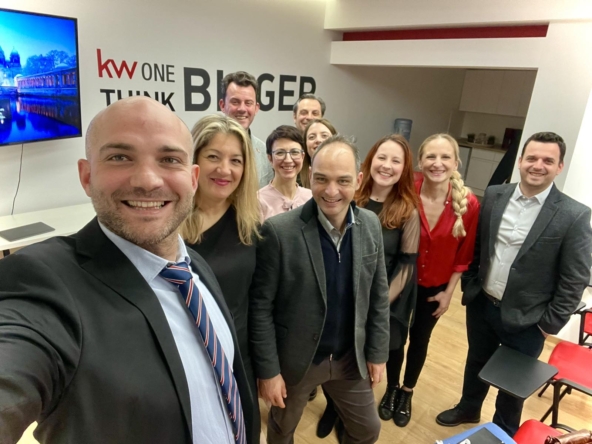 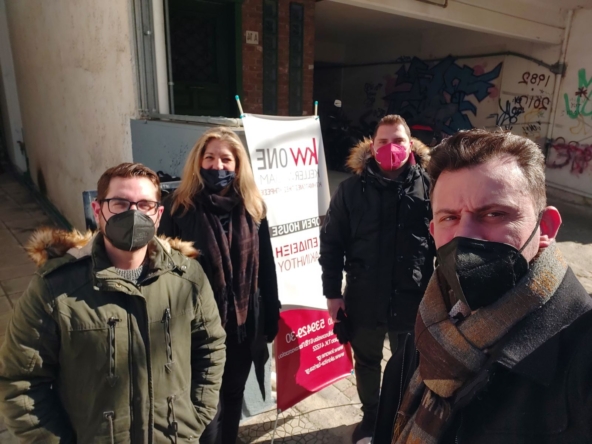 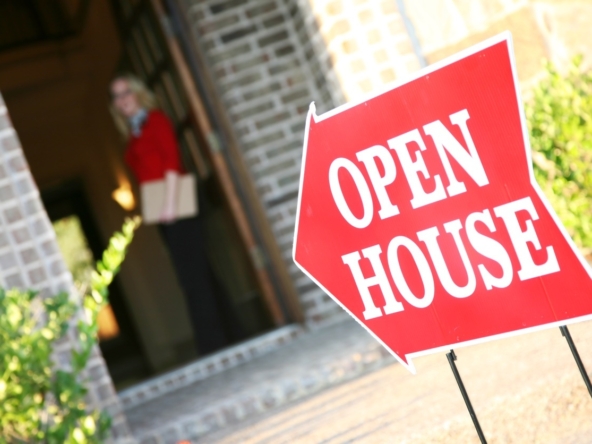 What is Open House?